I hold Tom Debski in my highest regard, as I do his company, Gizmo Home Craft.

“I’ve used this company on two separate occasions, and they were prompt, professional and very easy to work with.  Most of the work performed was electrical in nature, and they hung an oversized painting for us in our main hallway.  All of their work was done effectively and efficiently, and their technician was courteous and respectful.  They cleaned up after each job, and I would definitely recommend for any type of handy work.”

“We hired Gizmo Home Craft to reside our house after the high windstorm of July 1, 2012, damaged our old aluminum siding.  Because the insurance company insisted initially on reimbursing only replacement of the aluminum, we had to ask Gizmo for several different estimates (with and without aluminum or vinyl siding on part or the entire house, painting, etc.).  Gizmo’s owner, Tom Debski, was very responsible, reasonable, and responsive throughout the process which took about 2 months before the insurance company agreed to settle based on completely replacing all the aluminum siding on the house with high-grade vinyl siding.  Immediately upon receiving our go-ahead, his crew arrived and completed the work promptly, doing a very professional job in all.  We are very proud of the new look of our house and appreciate Gizmo’s high work ethic and would recommend him to anyone needing his home improvement services.”

“Gizmo’s Staff removed most of the ceiling in the Master Bedroom so that additional insulation could be applied to the attic space, by another Service Provider.  They then replaced and refinished the Master Bedroom Ceiling.  They worked quickly, efficiently, QUIETLY (which I appreciated), and when they left, the ceiling was perfectly matched in color and was in some respects even better than when it was originally done, 5 years ago.  The room was spotless.  I was very pleased with their work.  Gizmo is a rare outfit.  I wish more were like this.”

“I had never used Gizmo Home Craft before, and I found them on Angie’s List.  I called the owner Tom and left a message, and he returned my call within a few hours.  I described the damage over the phone and sent a photo of the roof, and Tom promptly quoted a price which I agreed to.  The next morning a crew showed up at my house as promised and fixed my damaged shingles.  Tom emailed me an invoice which I paid quickly to show my appreciation.  This was a very small job and I had a difficult time finding anyone who was willing to help me out, which I found frustrating and short-sighted.  My experience with Gizmo’s was excellent and Tom is a nice guy who seems to understand that if you are willing to help people out with small jobs then you are likely to earn their trust and respect to be called in for future larger projects.  Based on my experience I would highly recommend contacting Gizmo’s for your project.”

“Tom Debski, the owner, always arrived at the agreed upon time and was always available by cell phone during the job for questions and schedule changes.  His crew was prompt and courteous, doing the best possible to confine a dusty job.  All work was done on time and small improvements suggested at the closing inspection were promptly addressed.  Top notch experience from start to finish.  I have used this company before with similar results and would recommend without question.”

“During the blizzard in February 2011, the siding on the west facing side of my home was damaged by the wind and weather to a point where it needed to be replaced.  Using Angie’s List references I contacted two separate contractors to provide an estimate for repairs, at the same time working with my insurance company at the time (Allstate) to ensure coverage, etc.  Tom came out as scheduled and provided not only a good overview of work that he believed needed to be completed but was also very helpful and proactive in preparing photos and expert opinions for me to support my insurance claim.  Throughout this process, there were, unfortunately, a number of bumps in the road – 1) the siding on my home was a unique color and size which was no longer available from any manufacturer, and 2) my insurance company (Allstate) would not approve full house replacement despite the damage and the fact that a match to existing side was not available.  During this entire time, Tom and his crew were fantastic! Tom provided alternatives, samples, and numerous estimates which allowed me to have the necessary repairs done, despite the fact that insurance refused coverage, in a very professional way and at a cost which I could handle as well.  Following all of this, I canceled Allstate and do not recommend them at all – but I have and will continue to recommend Tom and Gizmo Home Craft. In my opinion, you can’t go wrong if you trust Tom and his crew with your general contracting needs – siding and exterior painting in particular.”

“I chose Gizmo Home Craft from Angie’s List because of the good reviews.  Tom came and provided an estimate the same day that I called and the job was done the next week.  He had to remove the siding, replace the damaged wood and some other things.  He also applied caulk to the windows where the caulk had deteriorated.  I was very satisfied with the job done.  His staff was very professional, courteous and punctual. I highly recommend Gizmo Home Craft.”

“Considering the winter season, everything went smoothly and the project was completed on time and within budget.  Tom was a pleasure to work with and was very attentive.  Tom created a new house design we really liked and were excited to implement!  I never had issues getting my questions addressed and the entire process was very smooth.”

“The Basement Project began with the design phase in which Tom came up with ideas and suggestions based on our desire to add a bathroom to the basement and update the existing office and bedroom.  The bathroom addition involved converting an existing HVAC & storage space into a new basement bath and small hallway connecting to existing basement bedroom—while maintaining ample space for HVAC, water heaters, electrical panel, and storage.  Tom’s concept was brilliant and he quickly generated drawings of the new wall layout and the bathroom cabinet design.  He facilitated the selection and purchase of bathroom cabinets, tile, hardware, and lighting/electrical-–always helping us make good aesthetic as well as practical choices.  Tom came up with an inspired plan to add significant space to the existing office and bedroom.  We discovered some wasted space behind some walls, so two walls were to be taken out and extended all the way to the foundation.  The rooms had very low, claustrophobic drop ceilings, so Tom suggested removal and replacement.  The work began with a very efficient and fast demolition.  All the scrap wood and debris hidden in the ceilings was neatly hauled away.  The next day, they started the plumbing rough trim.  To make room for the new bathroom, water heaters were relocated; also some issues with HVAC duct leaks were addressed.  The basement had some shoddy electrical work and Tom was able to fix the problems and bring all electrical up to code.  Over in the office, the outside wall was replaced with cool-looking brick tiles, and the newly exposed pipes and ducts were cleaned up and painted black, giving the office an awesome industrial look.  The bedroom wall was replaced so that it was against the foundation and the exposed main drainage pipe was covered.  But Tom inventively came up with an aesthetic access panel should the pipe ever need to be serviced.  New vents and a quality drywall ceiling were also added to the bedroom, which really opened up the space.  VERY IMPORTANT –– **Halfway through the project, I realized Tom does something other people don’t.  He calls you every day and tells you exactly what’s going to happen.  He tells you what time he’s going to be there and what time his crew will be there and how long the work for that day will take.  He’s on top of every inspection and the delivery of material.  There were only a few days when something wasn’t happening in the basement-–after a massive day of painting or staining, things obviously have to dry, tile has to set.  From start to finish Tom reported in at least twice a day.  Even on ‘drying’ days, Tom would show up just to check on the progress, adjust the fans if needed.  I’ve never had a GC give me that much attention and make me feel that my project was his highest priority. TOM ACTUALLY DOES THIS!!**  Back in the new bathroom: Construction of the new walls, electrical, drywalling and taping were completed in record time.  The new shower was all custom tile work, and the bathroom floor was beautiful tile as well.  The new shower was high-end with a rainforest showerhead, making the basement bath the nicest bathroom in the house.  New lighting and ventilation was installed, along with timers for the switches so the lights/fan don’t get left on.  Then Mid Continent brand cabinets were installed.  The higher end full wall cabinets added a ton of basement storage.  Finally, the new floor in the office and bedroom –– Tom introduced us to the concept of staining the concrete.  He had examples of the look in his showroom and we went ahead with his idea.  The exposed concrete was sanded and stained several times, giving the floor a totally unique look.  All the walls were painted and touched up.  Tom went over every final detail making sure the work was perfect, and then touching up again as needed or reworking something when things didn’t meet his high standards.  The project was completed on time.  Tom was joy to work with and his craftsmanship was of the highest quality.  We highly recommend Tom and will definitely use him for all future projects.”

“Everything went great!  This high-efficiency furnace replaced a 40-year-old furnace.  The installation was done in January, so speed and accuracy were high on my list!  I was not disappointed!  All the work was done the same day, and the old furnace was carted away.  Even with the cold weather, the outside work (venting for the high-efficiency furnace), was done with a smile.  This has saved us hundreds of dollars a month on our utility bills and paid for itself in the first few months.  We couldn’t be happier with Tom’s work.” 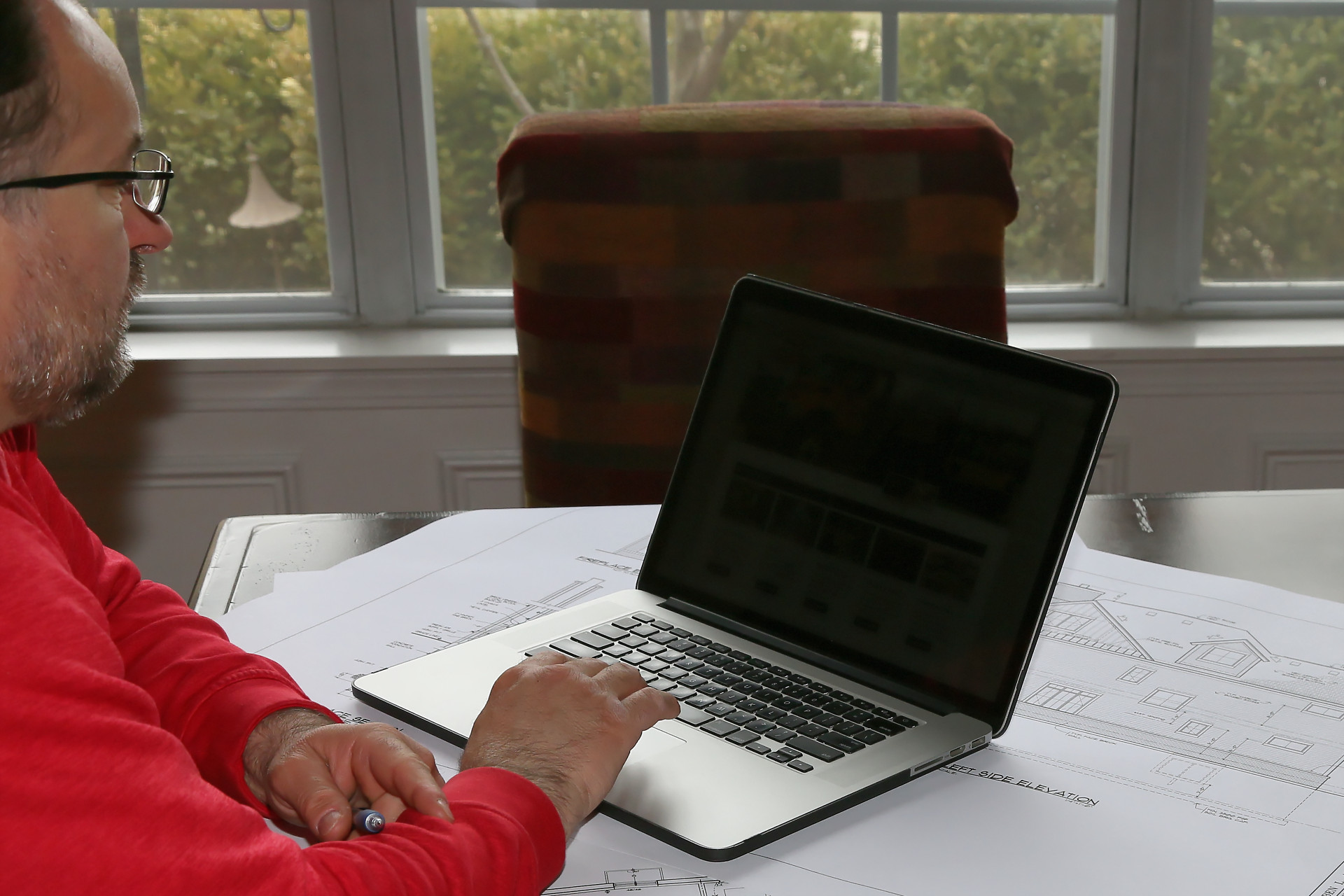